Giving Your Love the Sun, Moon & Stars: What These Symbols Mean in Jewelry

Suns, moons, and stars—along with all other celestial bodies—are common motifs in jewelry and have been since ancient times. If you really want to give your beloved the sun, moon, and stars, you absolutely can do it in the form of beautiful jewelry pieces that are designed around these themes.

First, however, take some time to explore the symbolism that's involved. Your knowledge of the meaning behind these beautiful symbols will make your gift even more special.

The use of the sun in decorative jewelry goes back to the Bronze Age and maybe before. Many diverse pantheons and religions drew inspiration from the sun as the source of all life on earth. While many cultures saw the sun as the symbol of a male divinity, like Ra to the Egyptians or Apollo to the Greeks, others saw the sun as a female deity, like Amaterasu to the Japanese.

The depiction of the sun with rays of various lengths reaching outward goes back centuries—at least to Medieval times. The sun is often used to represent power, strength, and fortitude because it can be depended upon to take an unerring course day after day and year after year, come what may.

The use of moon symbols in jewelry and art goes back equally far in history. While most ancient societies perceived the moon as a feminine deity, like Luna to the Romans and Artemis to the Greeks, others saw the moon as male, like Tsukuyomi to the Japanese. The moon is often used to symbolize both the changing nature of life and the seasons (due to its repeated phases) and eternal life (because it always returns again after going through its dark phase).

The moon is generally thought of as more mysterious, mystical, and magical than many other celestial symbols, which makes it a perfect symbol for a free spirit.

The stars are said to hold the keys to both the past and the future. Many people believe that the position of the stars at the time of their birth has a profound effect on their personalities and futures. The stars are also said to greatly influence mystical factors on earth. For example, when there's a Mercury Retrograde, people often feel plagued with communication and transportation issues until that time period is over.

Now that you know some of the hidden meanings behind the sun, moon, and star symbols in jewelry, you can put added meaning to the token of love you give your spouse or girlfriend, whether you're investing in Moonchild hoop ear jewelry or a solar necklace or a bracelet full of stars. 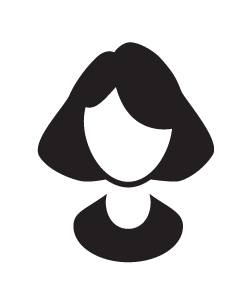 Nearly 14 years ago, my husband got down on one knee and proposed to me while the two of us were standing beside a beautiful fountain. On this joyous occasion, my amazing spouse presented me with the most beautiful diamond ring I’d ever seen. Do you want to pop the question to your special someone soon, but haven’t purchased the perfect ring yet? To help you select the right ring, consider taking your significant other’s mother or best friend jewelry shopping with you. These people likely know whether your special someone prefers round, princess, pear, or marquise set diamonds. On this blog, I hope you will discover ingenious tips to help you shop for the most important jewelry purchase of your life. Enjoy!